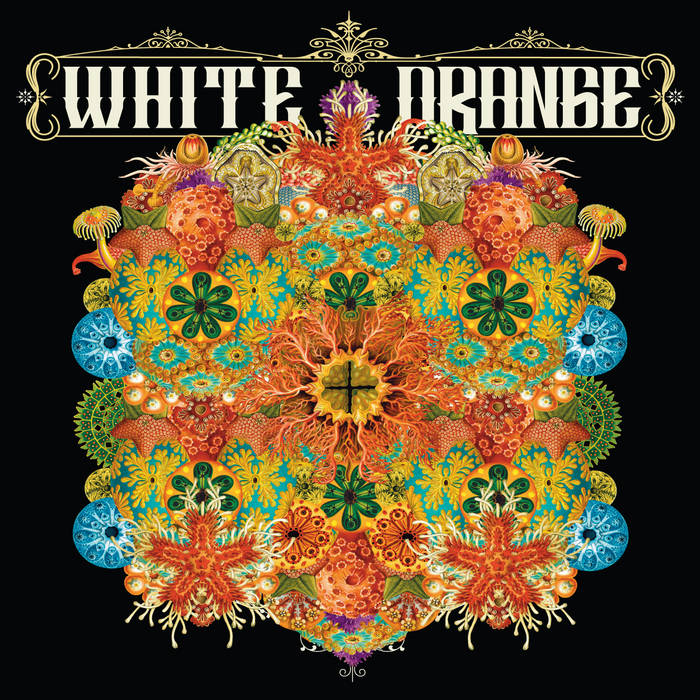 bseckman So I found my self hanging in the kitchen of a former guitarist for Brant Bjork and the man behind Waxy! Truly the beginnings of a great story. I'm not sure who gave me my copy of ...and this is why I speak to you in parables, but thank you again. I really have come to love White Orange because of that night. And you know I'm all over that Black Pussy!

Zhakathoom As catchy as a common cold White Oranges Onawa is bound to get you sooner or later. Unlike the common cold though it's an affliction you're in no hurry to shake. :)
3 great songs make up the entirety of the album and they're all strikingly distinct and different songs that firmly and solidly stand on their own legs. Hard to explain, but to me it sounds like White Orange hasn't made an album and filled it with these 3 songs, but rather made 3 songs and wrapped this album around it. Favorite track: Either / Or.

"I don't know if you've ever done psychedelics," Hill muses, "but that place where you're grillin' and you're kind of scared and disconnecting from your physical body, you know it's happening, but when you get back and you try to describe it, none of the words describe where you just were. That's kind of what White Orange is." ... more

Bandcamp Daily  your guide to the world of Bandcamp